Never plan an event ‘by committee’ 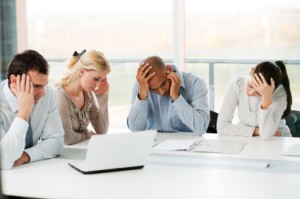 If it´s a major conference event you´re planning then of course it´s good to get help from other people. After all, there´s going to be a ton of work involved. But you don´t just want everyone chipping their tuppence worth in. No, what you´re after is someone who really knows how the game unfolds, in other words an Event Planner. You can find any number of event planners listed on internet search engines or local directories. But always make sure before hiring one that you check their references and testimonials.

So why isn´t it a good idea to plan an event by committee? Well, we´ve all heard the expression ´too many cooks…´ and this is exactly what happens when there´s an enthusiastic but unstructured committee and clashing personalities.

Someone needs to be in charge in order to make decisions and to ensure tasks get followed up. It´s too easy, when there´s a committee of people to assume someone else is doing that task, or will do it because you´ve too much to do. In other words, when there´s other people there for the work to fall back on, often it´s not regarded as a priority and instead, becomes a casualty.

Here´s a list of other reasons why it´s not a good idea:

Having said the above, we´re now about to contradict ourselves – well, slightly at least. This is because sometimes an event or conference can be too large for just one individual and an event planner to manage. That´s when it might be a good idea to form a committee of knowledgeable and interested executives within the company.

However, try not to keep this committee at a maximum of three individuals. There´s two very good reasons for this. Any more than three people and it´s just not manageable (it can very often prove impossible to get everyone together at the one time when larger numbers are involved). Secondly – and this is the best reason – three members means it´s possible to have a vote on any decisions which are splitting the committee. In other words, you´ll always be able to move forward at the end of a meeting.

We hope we´ve convinced you. But if not, our own team of experts are always available to chat over your event and advise you with any difficulties etc. Just give us a call or contact us via email and we´ll be delighted to get back to you as soon as we can.