London – a capital plan for your event or conference 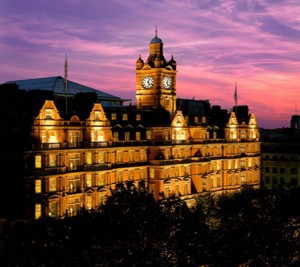 When it comes to hosting a UK-wide conference or event, nine times out of ten most event organisers or PAs consider staging their meeting in London.

That’s because the capital not only has the widest venue choice in the British Isles, it’s also blessed with excellent transport links (road, rail or plane) and many international company HQs are sited there meaning the top management tier are more readily accessible to attend your event.

There’s also a buzz around London. It’s the UK’s metropolis, rather like New York, where you can feel deals being made in the cut and thrust atmosphere which pervades the city.

Here are our main points on why we believe event and conferences are successfully staged in London:

Whether it’s a Georgian townhouse setting you seek, an ultra-modern city complex or even a 70ft pleasure cruiser, London has just about every backdrop for an event that it’s possible to imagine. There’s Spittalfields Market for atmosphere, trendy Graffik Gallery in Notting Hill for a more artsy crowd, the 18th century RSA House, Alexandra Palace and trendy pop up venue 13 Brewer Street in Soho – all just for starters. And for those who enjoy a bit of old-style grandeur where their event is concerned it’s hard to see past the impressive backdrop of the Household Cavalry Museum.

Docklands Light Railway has made travel to and within Canary Wharf simple while the London Underground provides links to most major commercial and retail areas surrounding the city. Train lines into London are frequent and include the new East London line extension. The city also boasts six airports, including the international-bound Heathrow. Driving in the city centre isn’t advisable but many park and ride facilities are available. There are also the ubiquitous black cabs whose drivers know the city’s complicated network of streets inside out (they have to pass a test to verify this prior to getting their licence). It’s worth mentioning too that London has excellent rail links to Paris and Brussels via the Channel Tunnel. A recent addition to the transport offerings of the city centre, for those who favour a green outlook, is the Pedicab or bicycle rickshaw – however these aren’t licensed yet and hence carry no insurance.

Chances are after a day-long conference or event your attendees will be looking forward to relaxing and enjoying a nice meal. If it’s an overnight event you’ll be expected to entertain them too and that’s where London comes into its own. With more than 5500 restaurants to choose from and an enviable list of west end musicals, plays and theatre productions, not to mention galleries, music venues, parks and stunning architecture, you really will be able to please everyone.

Of course, being such a premium location for meetings and events means London doesn’t always come in at the least expensive option. And that’s where at Conferences-UK we can help by finding and negotiating a deal within your budget and timescale. Why not call us today?